The Girl Who Was Told Not To Question

When my brother and I were quite young, a man, a Hafiz (someone who has memorized the entire Qur’an), would come to our home to teach us how to recite and memorize surahs (“chapters” of the Qur’an). When I asked a question, he would mock me and laugh. My questions had no significance. They were stupid really. He would nudge my brother and encourage him to join in mocking me.

When I made a mistake in pronunciation, he would find my ear under my hijab and twist it. When my eyes watered up, he said that I was weak. I would ask for permission to go to the bathroom and cry there, so as not to bring more ridicule upon myself.

Those who truly believe in kindness and decency would not condone this behaviour. However, it would be futile to read the above, give into emotion and launch into superficial, derogatory commentary about Islam. I see articles and interviews and debates on whether Islam is a religion of peace or 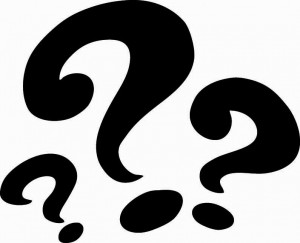 the root cause of terrorism or something that oppresses women. Much of this discourse simply halts progress or true understanding of why the above scenario occurs.

It is true that my early experiences with the religion of Islam and the Qu’ran were tainted by the actions of a man. This does not mean that all Islamic teachers inflict punishment on one’s ear cartilage or see females as inferior to males. At that young age, I had an inkling of a feeling that perhaps that wasn’t what this was all about.

Flash forward 15 years and that same girl is sitting in a university classroom. From the moment Uzma Shakir started speaking to our health promotion class, I knew that she was different from most women I had met so far who fit her demographic profile. She spoke from her experience and did so in a manner that didn’t hold back.

I suppose her role as Director of the Office of Equity, Diversity and Human Rights at the City of Toronto should have told me something, but I have quickly learned that titles can be misleading. But Uzma didn’t disappoint (Note: I am resisting the urge to call her Aunty Uzma as my proper upbringing requires. I’m such a rebel.)

She was enthusiastic, vibrant and … funny! She had every ear in that room hanging onto her every word. She also wasn’t afraid to be controversial. She spoke about leadership versus conformity and what it means to perpetuate a stereotype.

I do not know that I agreed with everything she said, mainly because there was such an onslaught of new information to me. I do know that I admired her for speaking up.

She recounted an instance where she was asked to speak on CBC Radio with Matt Galloway. She realized that they were going to pitch two Muslim women against each other on an issue, which is ultimately a futile endeavour and hardly a proper debate.

The ulterior motives are often so well veiled (pun intended) that it is can be difficult to discern when you’re being set up to perpetuate a problem.  Culturalizing honour killings she said, is a racist discourse. I can see that. Instead of attributing honour killings to a certain culture/religion/etc., why not get to the root of the issue and perhaps think about some ways to avert this?

Uzma emphasized the importance of deconstructing an issue. This takes time and discussion with the hope that it eventually leads to insight. On a personal level, the process can be painful, as those who have taken the effort to think about such things might realize. It requires critically thinking about why we think the way we do.

More often than not, we have been told what to think.

I had numerous questions for Uzma but couldn’t place them. I am now only slightly better able to articulate what I absolutely couldn’t then. One of my thoughts was this:

How do I go from sitting silently in this classroom to speaking up as confidently as she was?

Although I have been known as outspoken among family and friends in the past, my staunch opinions that I defended with gusto were not well-received in most cases. I have walked a fine line between wanting to express my ideas and values while navigating how they fit within the beliefs of the world I was raised in.

Why is that my experience? What we can do, is look a little deeper. We may have a discussion on why I felt/feel that I cannot fully express myself or why that particular attitude towards women exists and we might by and by, come to uncover something productive.

I don’t have to accept someone’s behaviour – an individual’s behaviour, and I can do so without having to extend it to a sex, a race or a religion. That distinction is necessary.

I can recognize that what that man did all those years ago when he encouraged my younger brother to participate in belittling me, was actually teaching him that it is acceptable to treat women a certain way.

I wonder if maybe an older person taught him the same thing when he was a young boy.