You have probably, at least once, considered the following question: If you could have one superpower, what would you pick?

Personally, the classic invisibility superpower would be great. Or the ability to fly. Or teleportation. Never have I ever considered super smell. Well, I think that cancer may have given me that gift.

I’m not sure if it’s the lingering radioactive iodine effects or something else, but I now, at least for a limited time, have super smelling abilities. 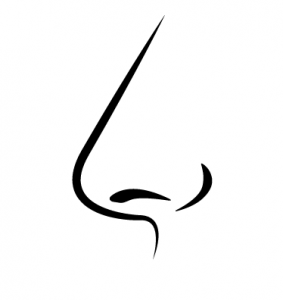 When I exit my building, I am suddenly simultaneously bombarded with the smell of urine a few metres away, (hopefully canine), fresh bread from the bakery laced with a tinge of solvent from the dry cleaners mixed with the unmistakable scent of this morning’s rain. Even the cigarette smoke has different varieties, something I was never interested in distinguishing. Perfumes, soaps, curries, dogs, people – so many smells. Overwhelmed, I have been sticking my poor little nose into my scarf, which at least smells familiar.

Back in February of this year, when I had my radioactive iodine treatment, I lost my sense of smell and taste for a little bit. When I got this sense back, everything seemed stronger and this was the first time I had this heightened awareness. Since then, it has been coming and going. I’m curious if anyone else has had this experience? Understandably, my taste buds are also off. Everything tastes super salty or bitter – including all the homemade food. Unfortunately, this means I’ve been relying more on sweet things. But even those can be sickening sometimes. Dishes have inevitably been smelling a lot better than they taste.

Perfumes and some other strong smells are also a trigger for my migraines so I really do appreciate that more and more spaces are accommodating those of us with these sensitivities. I understand that it can be inconvenient, but it is likely far more inconvenient for those who have to live with these health concerns.

I’m scheduled for my next radioactive iodine session in February 2016. It’s a much smaller dose though and shouldn’t have any side effects. By the way, the doctors are quite confuzzled by my supernose.

This is the time of the year for lots of cookies and brownies and turkey and casseroles and puddings. So at least there have been more good smells than bad recently. In the meantime, if your nose is working well, take a moment to appreciate it and give it a little pat. Happy Holidays everyone!